I just love going to Manhattan in New York. There is so much going on that there is almost an over stimulation of one’s senses. The streets are always bustling with tourists, workers, and entertainers. Whenever I visit Manhattan, I try to be present in the minutes and hours that I am there and I capture (as best as I can) the life and essence of the streets. Below are some photos I took of street-life.  Which photos make you grin? 🙂

I had no idea that International Happiness Day was Thursday, March 20th until a friend sent me a note telling me about it. The United Nations General Assembly established this observance on June 28, 2012; it is fairly new as you can see. This specific day of the year was set aside to promote the well-being of all people across the globe.

What does happiness mean to you? From where do we get our happiness? Do we need other people to make us happy? How do we know that we are happy? How can we tell when others are happy? Can people be happier? What is the secret to happiness? These are some questions that have been serious topics of discussions, essays, conversations, and books. I will not attempt to answer any of these questions for I know it no easy feat. What I will do in this post today is share a happy moment with you.

It was early January of 1999, I had just walked across the graduation stage in December of 1998, and I was on my first interview for a temporary position at an elementary school. My stomach was doing flip-flops. I was a like a cat in a room full of dogs. My knees were jelly as I sat in the chair. My cheeks were on fire. You get the picture! I tried my best to stay calm and composed throughout the interview that lasted over 90 minutes. When I was through with it, I was so confused that I didn’t even know if the interviewer told me that I got the job or if she will follow-up with me. I was too scared to ask.

When I got home, I kept reliving the interview, question by question hoping to recall the moment I missed. What seemed like a hundred hours (it was only about two), my telephone rang and it was “my boss” calling to tell me that she would like to hire me for a full time position. I was speechless. Needless to say, it was a very happy moment.

Have a happy Week!

We are surrounded by beauty in nature that inspires us to stop and take a second look. Perhaps, we stop long enough to capture an image with our cameras. That’s exactly what I did when I saw this spider. I see spider webs all the time, so what was so special about this one? It caught my eye because it was one of the biggest ones I had seen. It was undisturbed. The spider seemed to be at peace inside its web, oblivious to all that was going on around it. It was alone in its silky, intricate strands. Look closely and you’ll see the beauty of nature.

Today’s blog post is in response to INSIDE– the weekly photo challenge.

Have a great week everyone. I’ve already declared that mine will be wonderful!

It was written as a poem “Defense of Fort McHenry”  by 35 year old Francis Scott Key in 1814 and was later set to the tune of “To Anacreon In Heaven”, a popular British Gentleman’s Club song. The Star-Spangled Banner, as we know it, was officially used by the Navy in 1889. It was one of the most popular patriotic songs in the United States and 42 years later it became the National Anthem. Although it has four stanzas, we only sing the first verse.

Thanks to Francis Scott Key, the amateur poet and lawyer for penning our National Anthem that I enjoy singing. If you were to ask my children what songs their mother like to sing, they might tell you Christmas songs and the Star-Spangled Banner!

This month, I also have personal celebration –I am celebrating the anniversary of my first year of blogging. I wrote my first post on March 1, 2013.  My heartfelt thanks to all of you who visit my blog, click that like button, and take the time to make a comment. I am indebted to you for keeping my blog alive. I am grateful for the inspiration you give me through your comments and your writings on your own blogs. My life is richer because of you, my blogging friends. Thank you! Thank you!

In response to a statement I made last Saturday night, I received this text from my youngest on Monday, “Gym today with me n sis”. I promptly replied, “I have lots of work to do, go ahead without me”. Not long after, my phone rang and Rosh, my eldest, in a firm voice reminded me that I promised to go with them as a guest. I tried my best to get out of that promise to no avail.

At 6:45 P.M, I trudged to the car. It was as if I was being arrested and carted off to prison. Upon arrival, I was surprised to see so many people on the machines and immediately felt all eyes on me. Not really.

I asked for a tour of the facility, not from my daughters, the gym cops, but from an employee. I wanted an official tour so I could ask lots of questions, delay the exercise, and evade their watchful eyes.

After about half hour of touring, questioning, and going over the membership fees, the younger gym cop came up and accosted me. She wanted to know why I was going over membership fees when her gym plan included a guest. I humbly stated that I was simply being polite. I was given a stern warning to get moving. I obliged.

It was a pretty easy decision about the cardio machine. I chose the bike. I spent another five minutes sanitizing it. Well, it was really the tour guide who did the work. As I climbed on to the bike, I gave big, cheery wave to the two gym cops who responded with thumbs up and delightful smiles. I set the timer for a whopping 20 minutes and I rode that bike like an Olympian, or so I thought until I saw the results. What?! Only 67 calories in 20 minutes? I gave myself an “A” for effort.

The gym cops were pleased that I went with them and my heart swelled with pride that my daughters have become my role models for exercising.

Have you ever tried to avoid exercising the way I did? 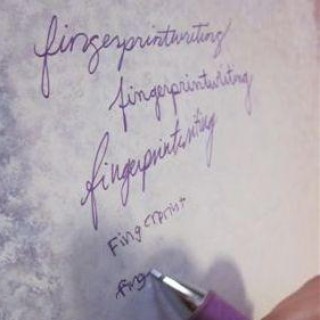